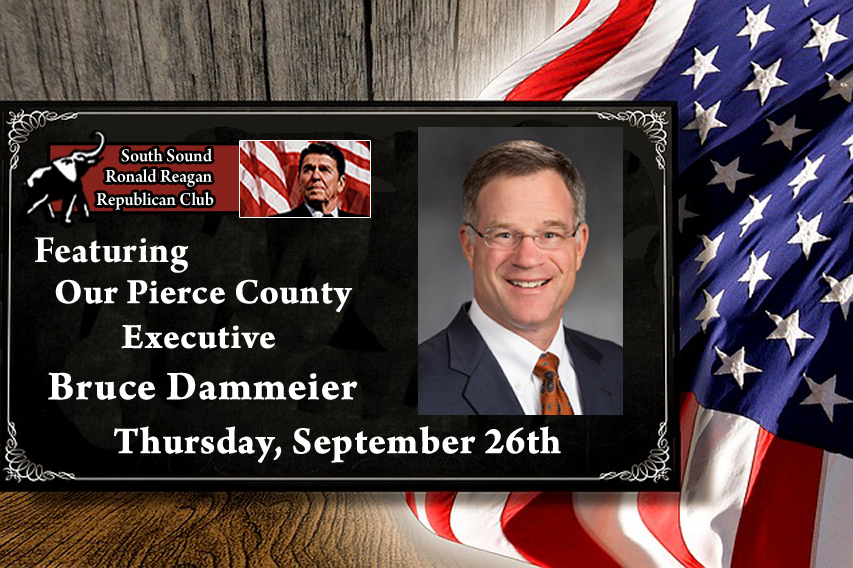 A Pierce County native, Executive Dammeier attended Curtis High School before going on to graduate with distinction from the U.S. Naval Academy and serve eight years as a Civil Engineer Corps Officer. While on active duty, he was deployed on humanitarian relief missions in the United States and across the world. At the conclusion of his military service, he returned to Washington State and became a dedicated community volunteer.
Elected as our Pierce County Executive in November 2016 that brought a new era of responsible leadership in our county with Republican Principles!
RSVP and Pay On-Line: https://www.facebook.com/events/229949814580063